RAWALPINDI, PAKISTAN (BosNewsLife)– The government of Pakistan’s most populous province announced an investigation Sunday, March 21, into reports that a Christian man was burned and his wife raped by local police and Muslim religious leaders for refusing to convert to Islam.

“The matter will be investigated and the culprits will be arrested,” Punjab’s Minister of Law Rana Sanaullah told BosNewsLife.

Meanwhile, doctors at Punjab’s Holy Family Hospital in the city of Rawalpindi warned that their patient, 38-year-old Arshed Masih, would not be able to survive with 80 percent of his body burned.

Masih was attacked Friday, March 19, in front of a Rawalpindi police station near the capital Islamabad by at least three police officers and five Muslim religious leaders, according to several Christian and hospital sources.

The officers are also suspected of having raped his wife, 33-year-old Martha Masih, in the police station where the couple was held for questioning, said Police Superintendent Moin Shah. “The victimized family will get justice,” he told BosNewsLife.

The attacks were allegedly instigated by the couple’s Muslim employer, businessman Sheikh Mohammad Sultan, because he was upset they refused to embrace Islam.

Sultan could not immediately be reached for comment, but witnesses said they had seen him near Friday’s burning incident. It was not clear whether he had actively participated in the attack.

Masih worked as a driver and his wife as a domestic servant for the businessman since 2005, Christians said.

In January, Sultan and religious leaders allegedly asked Arshed to convert to Islam with his whole family.

After he refused, they reportedly threatened him with “dire consequences”.

This week tensions rose after the businessman reported a theft of 500,000 Pakistani Rupees (5,952$), according to a document seen by BosNewsLife.

The Christian family members were not named as suspects in the so-called ‘First Information Report’ from police.

Sultan offered the couple to drop the case if they convert to Islam or “else that both would not see their children again,” according to sources familiar with the situation.

However, “Arshed refused to convert and stood firm in his faith. Arshed`s wife was raped by the police and he was burned alive,” Friday, March 19, local Christians said, speaking on condition of anonymity because of security fears.

Their three small children, ranging in age from 7 to 12, were reportedly forced to view the rape and burning incidents: A BosNewsLife reporter saw them sleeping on the floor of the hospital near their parents, after the family was apparently expelled from the servant quarters of the businessman’s estate.

The attacks have underscored wider concerns among human rights groups over attempts by Muslim militants in the country to force minority Christians to embrace Islam.

Pakistan’s Federal Minister for Minorities Shahbaz Bhatti, a Christian, refused to comment saying only he was “busy”, although he pledged to call back later.

Punjab Minister Sanaullah had earlier denied the attacks took place, saying Masih “had burned himself”, but later hastily announced his government’s investigation after a BosNewsLife report on the cases Saturday, March 20.

Life for All and other Christian advocacy groups said they would organize protests Monday, March 22, to “demand compensation for the family” and that “the culprits will be arrested immediately.”

Monday’s rallies were to be held in the Chandni Chowk area of Rawalpindi at 1400 hours local time and in the city of Lahore’s Youhanabad area at 1600 hours. (BosNewsLife Asia Service includes BosNewsLife correspondents often working in difficult circumstances. In some cases, including this report, their names are not mentioned due to security concerns. With editing by BosNewsLife’s Stefan J. Bos). 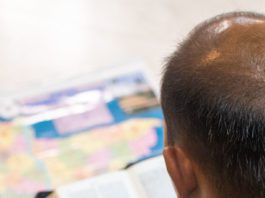 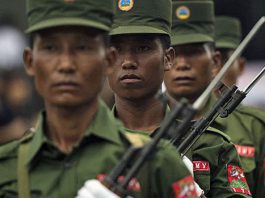