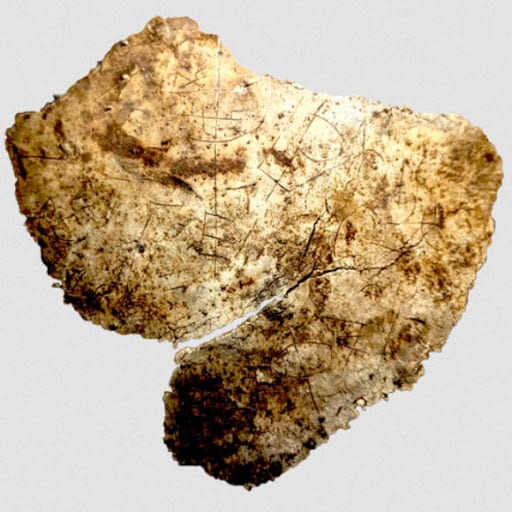 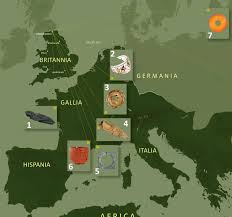 LONDON, BRITAIN (BosNewsLife)– Britain-based archaeologists say they have discovered “one of the most important” artifacts from early Christianity in Western Europe. The 5th-century cup etched with symbols of Christian iconography was unearthed during excavation works at a ruined 6th-century church in Northumberland, northern England, officials said.

Buried beneath the old church building’s rubble were “14 fragmentary remains of an incredibly rare lead Christian cup or chalice,” revealed The Vindolanda Trust, an independent archaeological charity. Since last week, the chalice forms the central piece for a new exhibition in Vindolanda’s museum, highlighting Christianity and the previous periods of occupation on the site.

“Although in very poor condition due to its proximity to the ground’s surface, each vessel fragment was found to be covered by lightly etched symbols. Each symbol represents different forms of Christian iconography from the time,” The Vindolanda Trust added in a statement obtained by BosNewsLife.

“The combination of so many of these etchings and the context of the discovery makes this artifact one of the most important of its type to come from early Christianity in Western Europe.”

The archeologists noted that this is the only surviving partial chalice from this period in Britain. It is also the first such artifact to come from a fort on Hadrian’s Wall, the former defensive fortification of the Roman province of Britannia.

Andrew Birley, director of Vindolanda excavations, suggested that the inscriptions may have conveyed Christian stories at a time when Bibles were difficult to acquire. He noted etchings found on stones in churches or mosaic floors that were not an integral part of the structure were long regarded as ‘graffiti.’

The ‘graffiti’ was believed to have been left by worshipers or the early Christian equivalent of famed street artist Banksy. “But this artifact changes the narrative quite a bit,” Birley explained in published remarks.

“The etchings are no random act, and a chalice is a holy Christian artifact.” He stressed that it is the only portable artifact from that period to have been found that is adorned with ‘graffiti’ or etchings. “The symbols are a Christian code of sorts. Mechanisms by which Christians could identify with and tell the stories to each other. Remember, this is long before anything like the Bible would have been commonly available.”

He said studying the chalice could help reveal “what was important to congregations almost 1,500 years ago and just after the fall of Roman Britain.” In a statement, Birley acknowledged that he and colleagues “are used to first’s. And the wow factor from our impressive Roman remains at Vindolanda with artifacts such as the ink tablets, boxing gloves, boots, and shoes. But to have an object like the chalice survive into the post-Roman landscape is just as significant.”

He added: “Its discovery helps us appreciate how the site of Vindolanda and its community survived beyond the fall of Rome. And yet remained connected to a spiritual successor in the form of Christianity…”