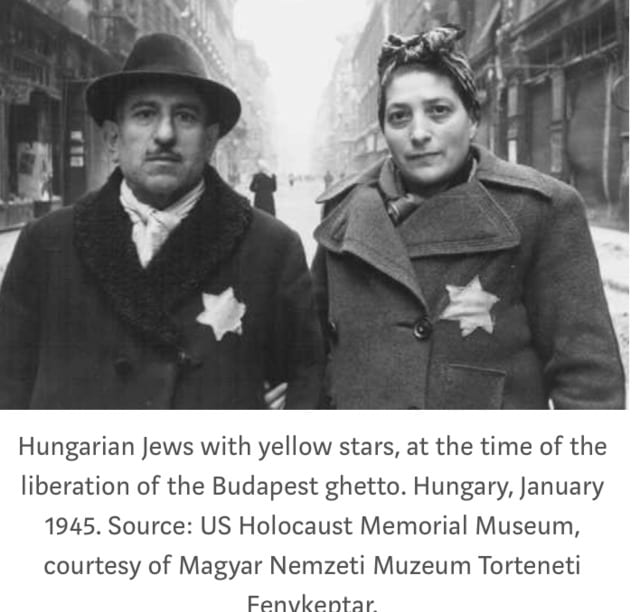 BUDAPEST, HUNGARY (BosNewsLife)— Hungary’s Jewish community has commemorated the 75th anniversary of the liberation of the Jewish ghetto in Budapest, the capital, amid concerns that history will repeat itself. Tens of thousands of Jewish men, women, and children had lived in fear in the ghetto. Hungarian fascists and German Nazis murdered many during World War Two.

Some, “70,000 persecuted Jews lived among the walls of the ghetto,” recalled Yakov Hadas-Handelsman, Israel’s ambassador to Hungary. “More than 20,000 Jews were hiding in terror across the city.”

He said that for “most of these people, the arrival of the Red Army” of the Soviet Union “and the liberation of the ghetto meant escaping death.”

The ceremony on Sunday, January 19, was held in and outside Budapest’s Dohány Street Synagogue, Europe’s largest synagogue. The emotionally-charged service also included prayers reverberating throughout the area. It came amid fresh concerns about antisemitism here.

“The tragedy of the Hungarian Jews did not begin when the first trains departed from Hungary for the Auschwitz death camp,” in German-occupied Poland said
Róbert Frölich, the synagogue’s chief rabbi. He suggested that an atmosphere of hatred led to the mass killings of Jews in the Holocaust, or Shoah.

The persecution of Jews, he recalled, began with words, ideologies, writings, thoughts, and emotions. That marked the path towards establishing the Jewish ghetto from where many were deported to death camps, the rabbi noted.

He criticized those who claim that then-Governor Miklós Horthy and other governing officials did not know or agreed with the establishment of the ghetto. “Those in Buda Castle were aware and approved of it and allowed it to happen,” he said.

Frölich noted that “many” people say: “don’t you Jews exaggerate this remembering the Holocaust?” But, he countered: “Is it possible to exaggerate remembering the fact that they tried to exterminate our fathers and grandfathers? That they wanted to take away our right to be born and that they erased 600,000 Jews just like that from the society of this country?”

Frölich warned that Hungary should “remember because otherwise we would be condemned to forget, and there would be nothing to stop the past from happening again.”

Vince Szalay-Bobrovniczky, state secretary of the Prime Minister’s Office, argued that each generation must think about the crimes of the past. He said that this is the best way to “understand and pass on the painful sacrifice of our ancestors.” He said Hungary’s constitution today guarantees human dignity and human rights equally for everyone.

However, the government has come under pressure by some Jewish groups over its perceived flirting with the far-right. Additionally, Prime Minister Viktor Orbán was criticized for calling war-time Governor Horthy a great statesman. Orbán has denied wrongdoing and says his government has no tolerance for antisemitism.

However, in what might be a sign of hope, the former Jewish ghetto is now a thriving Jewish district in the Hungarian capital. And Hungary’s Jewish community of over 100,000 people is the largest in Eastern Europe outside Russia.

But it’s a far cry from the number of Jews living in Hungary and neighboring nations before World War Two when more than 600,000 Hungarian Jews were killed.