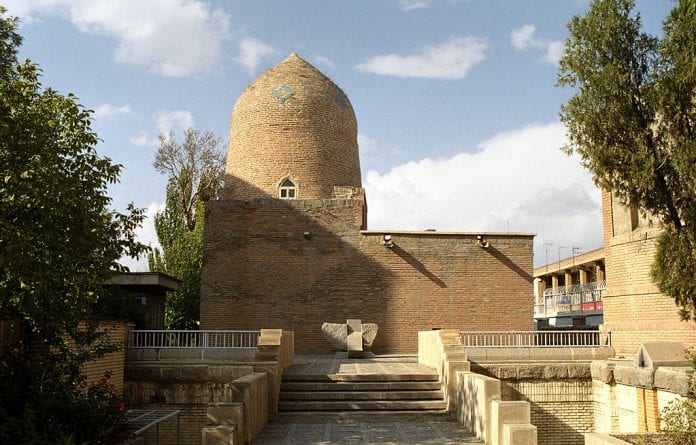 JERUSALEM/TEHRAN (BosNewsLife)– Iranian officials have admitted that fire broke out at an ancient shrine viewed by Iranian Jews as the resting place of the Biblical Queen Esther and her cousin Mordechai. The announcement published by the state-run Islamic Republic News Agency (IRNA) came after activists reported an overnight arson attack at the site.

Tehran stressed no damage was done to the hall housing the Tomb of Esther and Mordechai in Hamadan. IRNA said the perpetrator had tried to enter the building through an adjacent bank but had failed in his attempt. However, several fire trucks were reportedly rushing to the shrine, but authorities prevented people from getting close.

It was not immediately clear who was responsible for the alleged attempt to destroy the shrine. IRNA claimed that the suspected attacker’s face had been recorded by security camera’s and police were looking for him. The burial site is a sensitive issue in Iran, where its Islamist leadership has often called for the destruction of Israel. Thursday’s attack came on the 72nd anniversary of the founding of the State of Israel.

The Simon Wiesenthal Center rights group accused Iran’s leadership of facilitating a “barbaric attack” resembling the Nazis-era. “Historically, Muslims safeguarded Jewish holy sites from Persia to Morocco, including the Tomb of Esther and Mordechai But all that has changed under the Ayatollahs and the terrorist movements they have spawned.”

The Center noted that in recent years “there have been annual anti-Semitic protests at the Holy Site where Jews have come to pray peacefully for hundreds of years.” It stressed that the “torching of this Jewish holy site is reminiscent of the Nazis, who not only killed the living but desecrated the dead.”

The group claimed the “attack took place against the backdrop of the Mullahocracy’s drumbeat of genocidal hatred against the Jewish people.”

They are involved in a “state-sponsored policy of Holocaust denial and denigration. In such an environment, a violent attack against Jews, Judaism, and Jewish heritage should surprise no one,” the Center said.

Iranian officials have reportedly suggested that they distinguish between Jews and what they view as Zionists. But the weekend attack came after the U.S. Commission on International Religious Freedom already warned this year it was “troubled” by threats to destroy Esther and Mordechai’s tomb.