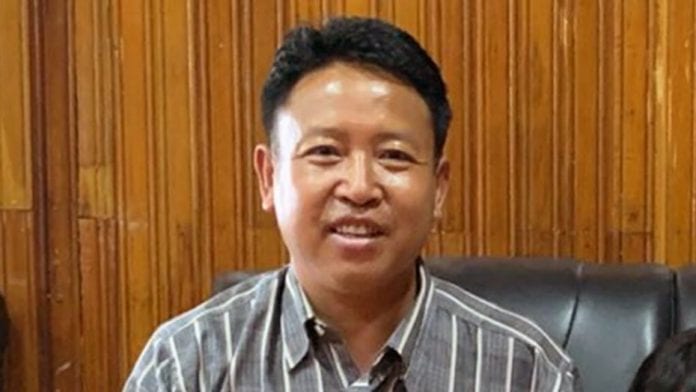 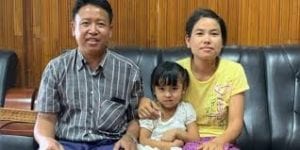 NAYPYITAW, MYANMAR (BosNewsLife)– Pastor Tun N., who was abducted by rebels in Myanmar and thought to have been killed, has been reunited with his family, BosNewsLife established Sunday, May 24.

His mission group Gospel for Asia (GFA) confirmed it was a “great joy” to announce it had “recently received information that Pastor Tun, is alive and reunited with his wife and [three] children.”

The pastor, who leads a 50-member congregation in the country’s western Sittwe District, disappeared January 19. GFA said it believed the 42-year-old church leader had been killed last year after being kidnapped at gunpoint by an insurgent group in Myanmar, also known as Burma.

The GFA-supported pastor reportedly spent 14 months in captivity, for refusing the group’s demands to join them in their cause to overthrow the current government. While much of the world was in lockdown due to the coronavirus outbreak, “Miraculously, on March 7, the insurgent group released Pastor Tun,” GFA said.

He was reportedly handed over to his village elders, but GFA cautioned they had threatened future harm. No more details about the rebels were released. There have been several ethnic groups fighting for self-determination in the Asian country.

GFA said in a statement that Pastor Tun N. has since left his village and found shelter for

his family by living among other GFA-supported workers in a different area of Myanmar.

“The whole church family in Myanmar is thankful to God,” it quoted a GFA-worker as saying. “[We are also thankful] to the prayer partners for their concern and their fervent prayers for Pastor Tun and his family.”

GFA said it had urged supporters to continue “to pray for Pastor Tun and his family, especially as there are still threats upon his life.”

If also asked prayers that “GFA’s field leaders in Myanmar will have wisdom on how to protect Pastor Tun and his family while equipping him to continue his ministry in a safer region.”

His abduction underscored broader concerns about the security situation of minority Christians in the Buddhist nation of some 54 million people.

“Due to intense fighting in Kachin and Shan State, more than 100,000 Christians have been 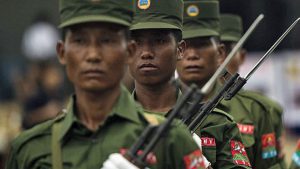 forced to flee their homes. And are living in camps where they have been denied access to food and healthcare because they are not Buddhists,” said advocacy group Open Doors.

“In daily life, converts are persecuted by their Buddhist, Muslim, or tribal families and communities. Christians in rural areas additionally suffer from the brutal and almost forgotten long-term war the Burmese army is fighting against insurgency groups, especially in the north.”

The tensions have added to pressure on Aung San Suu Kyi, who has effectively lead the government as a State Counselor since the end of military rule in 2016. She is barred from taking the country’s presidency under the military-drafted constitution as her sons are British citizens.

Her reputation as the long-term leader of the pro-democracy movement has been shaken since 2017 by international condemnation over her government’s treatment of the Muslim Rohingya community.

The United Nations says they suffer ethnic cleansing at the hands of the Myanmar army.