PALMA, MOZAMBIQUE (BosNewsLife)– Dozens of people, including Christians, were killed 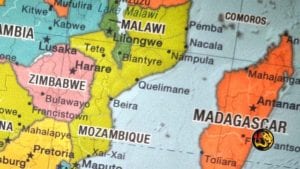 and thousands forced to flee after hundreds of Islamist militants attacked the northern Mozambique town of Palma, aid workers say.

Among those killed since March 24 were seven people when a convoy of cars was ambushed in an escape attempt from a hotel, added Omar Saranga, a spokesman for the defense and security forces. Hundreds of other people, both local and foreigners, have been rescued from the town, next to natural gas projects worth $60 billion, he added.

It was not immediately clear why Islamic State could communicate through Twitter which said it would ban “hateful conduct.” Twitter expelled non-Muslim leaders, including then U.S. President Donald J. Trump, for allegedly condoning violence.

Christian aid group Barnabas Fund told BosNewsLife that “anyone who refuses to support the jihadists and embrace their beliefs is attacked. And their property set on fire. Thus Christians who refuse to deny Christ are amongst the victims.”

The death toll of the Islamic State attack could still rise, suggested Christian aid workers to Worthy News. “A witness said the town and beaches are strewn with bodies “with heads and without,” Barnabas Fund recalled.

The group noted that “jihadists rampaged through the town, attacking shops, banks and a military barracks.”

Among those rescued 1,400 people on board a vessel which arrived at the port of Pemba, about 250 kilometers (155 miles) south of Palma, on Sunday, Barnabas Fund added, citing local reports.

Additionally, “Hundreds of more people, including children, have fled on foot through the bush and are now arriving at Nemoto, about 50 kilometers (30 miles) from Palma, on the border with Tanzania.”

In comments obtained and monitored by BosNewsLife, survivors said children were also suffering. “We have many children here,” said a survivor who reached Nemoto after walking three days without food and water. “Many children are dying in the bush … People have been captured, and others have died.”

The survivor, who wasn’t named amid security concerns, reportedly said he could not give a number for the hundreds of displaced sheltering in Nemoto because “it continues to increase.”

Separately a South African woman, Meryl Knox, told Reuters news agency that her son Adrian Nel had died in that ambush. Her husband and another son hid with his body in the bush until the following morning when they could make it to safety in Pemba. A British contractor had also been killed, Britain’s Times newspaper reported.

The province of Cabo Delgado, where the town is located, has been the target of an ongoing Islamist insurgency linked to the Islamic State group that killed thousands. “More than 2,500 people are estimated to have been killed and 700,000 displaced since 2017. [In that year] militant Islamists began a brutal campaign to establish an Islamist caliphate in Cabo Delgado province,” Barnabas Fund explained.

“The militant Islamist organization Ahlu Sunnah Wa-Jama, known locally as Al Shabaab, is linked to Islamic State and has effectively gained control of an area of Cabo Delgado.”

Barnabas Fund said it was providing food and essential supplies for Christians “displaced by the jihadists’ long-running campaign of violence in northern Mozambique.”

In one of the worst attacks last year, Islamist militants turned a village football pitch into an execution ground.