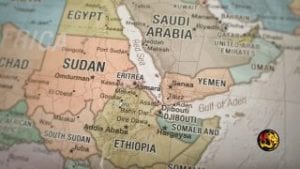 ARA, ERITREA (BosNewsLife)-– Dozens of Christians detained in Eritrea for unauthorized worship have been released, but many other believers remain jailed, Christians say.

Among those released in recent weeks were 14 Christian men after four years’ detainment in the Nakura prison, Worthy News learned. The men were part of a large group arrested in the summer of 2017 on direct orders from Eritrea’s hardline President Isaias Afewerki, Christians said.

“As is typical in Eritrea, no reason was given for the releases, and none of those released had ever faced trial,” added advocacy group Voice Of the Martyrs Canada (VOMC). “It is believed that there are a total of 12 Christian men remaining imprisoned in Nakura to date.”

But 12 other believers detained around the same time in the city of Assab remain in custody, Christian rights activists cautioned. VOMC expressed concern saying the Assab Christians are held in a prison that is “infamous” for its harsh conditions.

“Typically, believers who have been arrested in Eritrea are held without charges against them. And not permitted any legal representation, for extended periods of time, sometimes many years,” VOMC added.

In May 2002, Eritrea introduced a registration policy that effectively outlawed all religious practices not affiliated with the Catholic, Evangelical Lutheran, or Orthodox Christian denominations and Sunni Islam.

But even within the recognized churches, Christians have been targeted, including former Muslims who converted to the Christian faith, BosNewsLife established.

Thousands of people have fled the autocratically-ruled African nation in recent years.