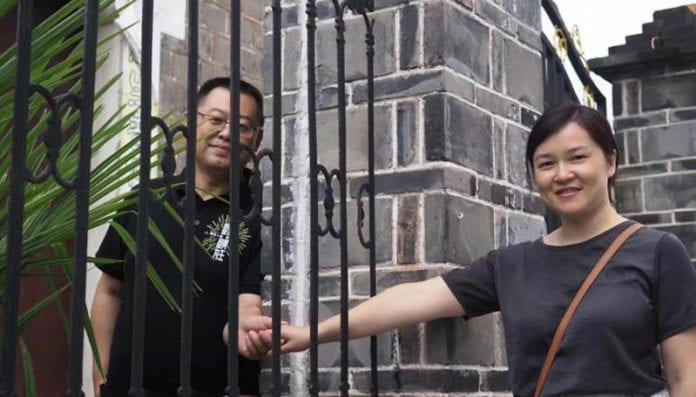 BEIJING, CHINA (BosNewsLife)– Wang Yi, the pastor of one of China’s largest unregistered churches, has begun serving nine years in prison on charges he links to his publicly expressed faith in Jesus Christ. “I am His servant, and I am imprisoned because of this,” he said in a statement.

The pastor made clear he had no regrets leading the Early Rain Covenant Church in Chengdu, the capital of Sichuan province. “Jesus is the Christ, son of the eternal living God. He is my king and the king of the whole earth yesterday, today, and forever.”

His friends agree with him. “Pastor Wang Yi was just sentenced to 9 years in prison for proclaiming the Gospel,” read a statement posted to a Facebook website page run by church supporters. “May the Lord use Pastor Wang Yi’s imprisonment to draw many to himself and to bring glory to His name,” they added.

China’s government denied wrongdoing. It said in published remarks that the pastor had been jailed on charges of “subversion of state power and illegal business operations.”

But his congregation claimed the pastor was innocent. In a statement posted on Facebook, the church said the pastor had committed no crime and had always supported the separation of church and state. “He has taught that even when the church is being persecuted, Christians should be willing to submit to the government’s physical restrictions of them as well as to the deprivation of their property,” Early Rain added. “He has never said or done anything that amounts to ‘inciting to subvert state power.'”

Pastor Wang was detained last December with more than 100 members of his church. While most of Wang’s parishioners, including his wife, Jiang Rong, were eventually released, the pastor never re-emerged from detention.

As part of his sentence, he will also be stripped of his political rights for three years and have 50,000 renminbi (about $7,200) of his assets seized, the Chinese government explained.

Rights activists say the nine-year sentence is the latest act against Christians as China’s Communist government continues its crackdown on devoted churches across the country.

In November, the government sentenced another church leader, Qin Defu, to four years imprisonment on charges of illegal business operations. “Under China’s President Xi Jinping, persecution has reverted to conditions not seen in decades,” explained Lindy Lowry, an editor at the Open Doors Weekly of the respected rights group Open Doors.

Open Doors quoted a house church leader in China as saying that the political climate in China “has become so oppressive that the difference between dark and light has become glaringly obvious.”

Wang was a well-known blogger before converting to Christianity in 2005. Just a few months later, he was reportedly selected to meet President George W. Bush at the White House as part of a program to reach out to Chinese Christians.

Experts say the controversial charge of inciting to subvert state power is a punishment for Wang’s political views. The illegal business operations charge underscore government concerns that Early Rain and hundreds of other unregistered churches across China are no longer just small, underground gatherings of believers in people’s homes, according to sources familiar with the case.

Communist officials view these devoted churches as significant, sophisticated organizations. At its peak in 2018, Early Rain had reportedly more than 500 members, a seminary that trained clergy from across China, a kindergarten and elementary school, and a bookstore — none of which were registered with the government.

Experts say Wang’s detention seems part of a government attempt to crack down on devoted Christians and subdue all social organizations that operate independently of China’s leadership.

The developments came after the government passed legislation in 2017, further limiting the rights of non-governmental organizations. That same year it enacted new regulations on religious life. In both cases, groups were ordered to register with the government and cut all foreign ties.

Around the same time, the government also began a policy targeting other religious minorities. That included detaining more than a million Muslims in what the government called re-education camps.

Compared to the country’s 20 million Muslims, most of whom are ethnic minorities, Protestant Christianity is reportedly practiced by at least 60 million ethnic Chinese, who are often white-collar professionals living in the country’s heartland.

Communist officials have privately admitted there may be as many as 130 million Christians in China, one of the largest growing faith communities in the world.